Top Posts
Could Big Tech’s Iron Grip on Digital Advertising Soon Come...
Can Recent Oil Discoveries Prove to be a Boon for...
Is It Time to Explore an Alternative to Fractional-Reserve Banking?
Can AgTech Prove Instrumental in Helping to Feed the World’s...
Can the Indo-Pacific Economic Framework Expand US Economic Influence in...
Banks Remain Uniquely Vulnerable to Sophisticated Cyber-Attacks
Home Finance Is Puerto Rico “America’s Greece”?
Finance 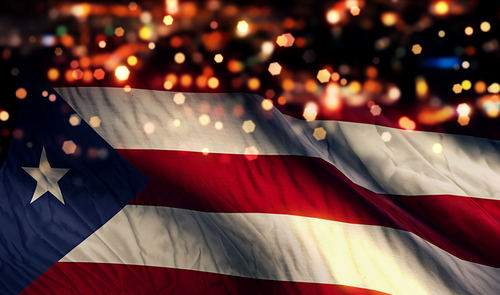 Since Governor Alejandro García Padilla announced on June 29 that Puerto Rico was unable to repay $72 billion of outstanding debt, the self-governed US territory has been dubbed “America’s Greece” by a handful of analysts and media outlets.

Like Greece, Puerto Rico has accumulated more debt than it can manage, which has led to calls in some circles for a US bailout. The island has also been forced into a state of austerity, which Governor Padilla recently alluded to as a “death spiral” and which bears some resemblance to the fiscal conditions in the Southern European nation of Greece, while in both cases the debt-laden entities are engaged in currency unions with bigger neighbouring powers—the US and the Eurozone.

The resistance to respective creditors’ demands to date has also followed a similar path. Greek voters decisively said “No” to an austerity package offered by the country’s creditors, while Puerto Rico has indicated that it wants to restructure its debt and favours trying to agree to a moratorium on bond payments with creditors while implementing fiscal adjustments in the interim.

However, there are arguably more differences than similarities between the two beleaguered economies at present. Despite both Greece and Puerto Rico being part of larger currency unions, for example, only in Greece’s case is there a high chance that its currency will be abandoned. With the dollar, Puerto Rico is in a stable position, which has allowed the island’s banks to remain open thus far. Conversely, with people fearing that euros could get turned into drachmas at short notice, Greek banks have had to close and remain so for the foreseeable future.

Moreover, the depth of the problem is considered to be much greater for the Greek public than for Puerto Ricans. Writing in the New York Times, economist Paul Krugman recently observed that, despite the recessionary conditions experienced by both economies over the last few years, Greece’s consumption per capita has plunged, whereas Puerto Rico’s has remarkably risen. Some of this rise can be attributed to more private remittances being sent from the US mainland back to the island, but Krugman also points to “fiscal federalism” whereby tax revenue to Washington has fallen as Puerto Rico’s economy has shrunk, while it has concurrently received higher federal welfare payments. Thus, Puerto Rico has effectively been receiving aid from Washington, which has supported consumption levels and living standards, and which causes Krugman to conclude that “the Puerto Rico story isn’t remotely in Greece’s league”.

As it currently stands, Puerto Rico is unable to declare bankruptcy due to the fact that it is classed as a US commonwealth territory—were it classed as a municipality, however, the option to declare bankruptcy would be on the table, which would have afforded Puerto Rico the opportunity to reorganise its debt while repaying some of its obligations to creditors. However, there is a chance that US Congress could amend its bankruptcy code in order to allow a legally supervised restructuring of Puerto Rico’s public-agency debt. Given that established legal procedures are in place for entities that are classed as bankrupt, Puerto Rico would strongly prefer such classification in comparison to “default” status, upon which no clear legal recourse currently exists.

It also means that Puerto Rico’s creditors, therefore, are mainly comprised of private-investment entities. It is more likely that such creditors will be keen to negotiate a deal in order to recoup some funds from Puerto Rico, irrespective of whether they make a loss or not. Refusing to make any concessions would be self-defeating as it would render Puerto Rico incapable of repaying any reasonable amount. Greece’s creditors, however, are elected governments who are accountable to their citizens. In creditor nations such as Germany, voters see little reason to keep assisting Greece if such financial support is predominantly contributing towards ostensibly wasteful public spending.

Therefore, the two situations do share some common grievances, but Puerto Rico is in a much stronger position with substantially greater bargaining power than Greece. Its creditors will ultimately have to bear some losses in order to see any return, whereas a “Grexit” is a significantly more realistic scenario, albeit a disastrous one for Greece.