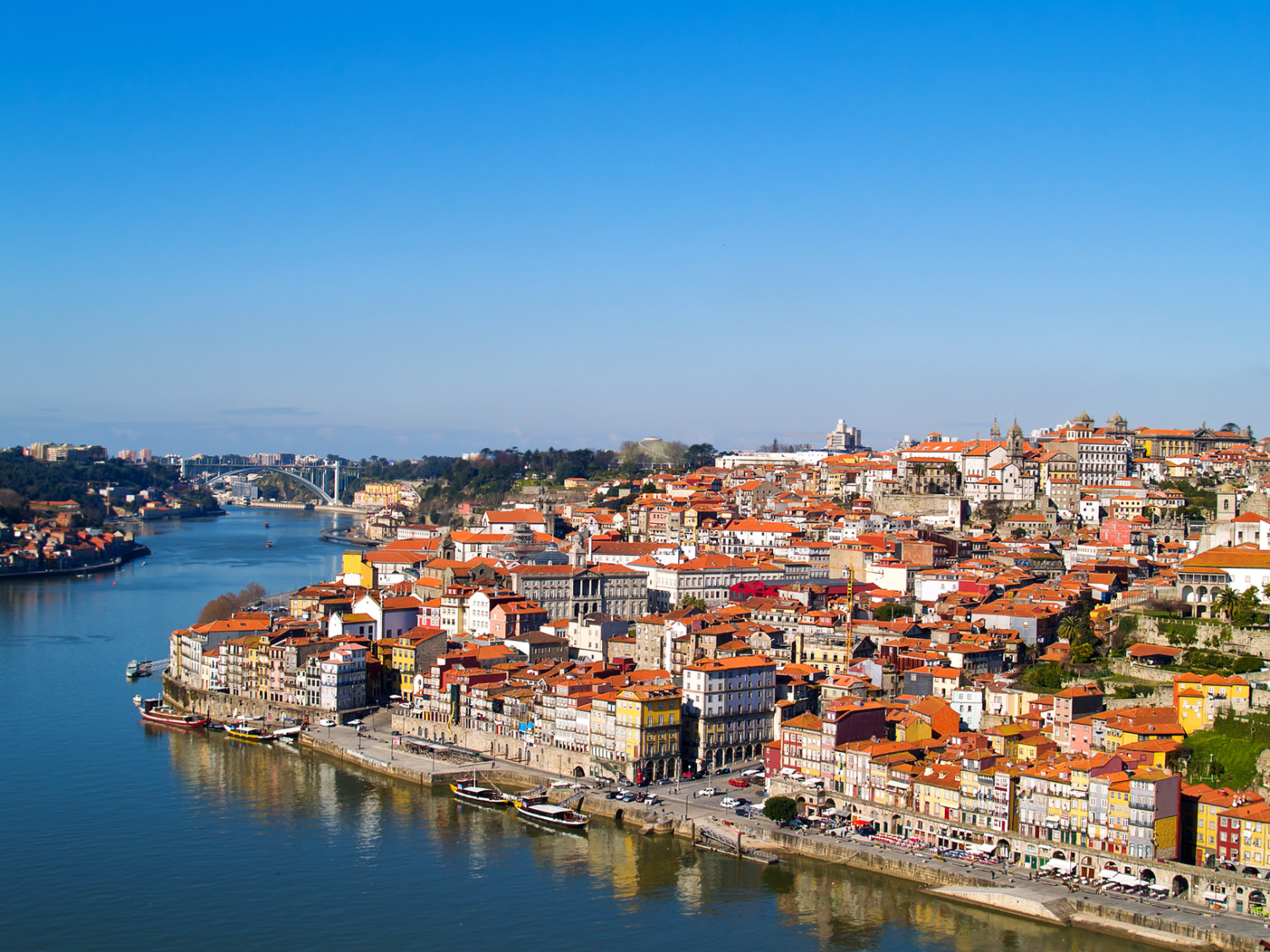 Portugal, a small and open economy of the euro area, was one of the victims of the European sovereign-debt crisis, which has been ravaging many euro economies since 2010. Following the financial-debt crisis of 2008-09, which led to a severe recession and a harsh degradation of Portugal’s fiscal balance, and the market turmoil born from the chaotic Greek economic situation, Portugal lost access to the market and was forced, in June 2011, to resort to an international bailout in order to avoid bankruptcy. The financial assistance from European and international authorities (European Central Bank, International Monetary Fund and European Commission) came coupled with a draconian three-year economic adjustment program, which lasted up until June 2014, largely based on the ideas of virtuous austerity and structural reforms.

In spite of the successful official end of the assistance program in 2014, the country remains subject to what is known as post-program monitoring by the three institutions involved in the assistance program. Under this scheme, official creditors visit the country twice per year to assess its progress regarding major macroeconomic challenges and to provide guidelines and orientations, which despite being non-mandatory, reflect the perspectives of those authorities for Portugal’s recommended future path.

The first decade of the euro up to the assistance programme

Portugal’s growth rate emerged above the zero surface during 2014, the first year of marginal positive growth (+0.9 percent) since the beginning of the assistance program. This positive growth followed three years of continued economic contraction, during which GDP contracted by almost 8 percent. Despite its severity, Portugal’s recession was relatively light when compared to the more-than-20-percent GDP contraction Greece has experienced since 2010.

Source: Statistics of Portugal. European Commission Forecasts for 2015 and 2016

It is still unclear and open to debate how unemployment has fallen so much since 2013 (around 4 percentage points in the last two years) if the improvement in Portugal’s economic performance was rather moderate. Some arguments have been put forward, namely the significant emigration observed during the past years, the large and active employment programs financed by the government (essentially, through financial support to internships for the young) and also the exit from the labor market of many discouraged older workers (many of them resorted to the opportunity of early retirement). The phenomenon of emigration was massive during the crisis years, and it is estimated to have reached around 600,000 from 2007 to 2013 (according to Pires, Rui Pena, Cláudia Pereira, Joana Azevedo e Ana Cristina Ribeiro, 2014, Emigração Portuguesa. Relatório Estatístico 2014, Lisboa, Observatório da Emigração e Rede Migra), mostly comprised of young qualified people, which represents around 6 percent of the current Portuguese population. Such a large population outflow had not been seen since the 1960s when many Portuguese tried to escape, most of them illegally, from the dictatorship and the poverty that reigned over the country at that time.

The financial-assistance programs’ targets were successively revised, each time allowing a relaxation of the fiscal goals due to the worsening economic conditions. Rapidly, the initial theory of virtuous austerity defended by the proponents of this kind of adjustment programme gave way to the concerns of a possible vicious recessive cycle. In many peripheral countries under adjustment programmes, international authorities failed to predict, or underestimated, the severity of the consequences of the adjustment process. Unemployment levels rose so fast, and the recession was so profound, that the more the governments would cut expenditures and raise taxes, the more deficit they would obtain. Portugal was on the verge of a vicious recessive cycle but was able to avert it; however, Greece is a case in point of this situation, with a six-year recession since 2008, which shrunk its output by more than one-fourth.

Regarding the fiscal situation, the draconian austerity program in place since 2011 was able to reduce the government deficit, although at a much slower pace and with much larger social and economic costs than initially expected by the international authorities. The government deficit decreased from 11.2 percent in 2010 to 4.5 percent in 2014, and it is expected to contract further during the upcoming years, leading to a deficit below the 3-percent threshold considered for the European control mechanism known as the Excessive Deficit Procedure. On the stock side, the combination of annual deficits and a shrinking GDP resulted in an explosive debt dynamic. Gross government debt as a percentage of GDP jumped from 96 percent in 2010 to more than 130 percent in 2014. Recent forecasts expect that 2015 will be the first year of debt reduction, but bear in mind that government debt has been continuously underestimated both by government and international authorities since the beginning of the assistance programme. As anecdotal evidence, note that in the first version of the Memorandum of the Economic and Financial Assistance Programme to Portugal, it was projected that debt would reach its peak in 2013 at 115 percent, decreasing afterwards, and the deficit would reach a level of 3 percent in 2013.

One of the fronts normally pointed to as a successful outcome of the adjustment process that Portugal has undergone is the elimination of the external deficit. Particularly, the trade balance improved remarkably, from a deficit of 7.1 percent in 2010 to a surplus of 1.1 percent in 2014. The trade deficit of goods halved from 10.7 percent to 5.2 percent, and the surplus of services almost doubled from 3.6 percent to 6.3 percent over the same period.

Notwithstanding the driving force of exports, which increased its share of GDP from around 30 percent to more than 40 percent, the contraction of imports, as a result of the drop in domestic consumption and investment, was also a contributor to Portugal’s external trade-rebalancing process. This evidence serves as an argument for those who claim that even on this front, the positive results obtained may prove to be unsustainable; as when domestic consumption and especially investment (which has a strong import component) start to rebound, this trade balance surplus could disappear rapidly. This concern already materialised somewhat during 2014, with an increase in imports fostered by the expansion of domestic demand and a negative contribution to growth from net exports, as exports performance, despite being positive, was insufficient to compensate for the increase in imports.

However, the most recent projections foresee that Portugal will maintain and even expand the trade surplus during the upcoming years (at a level of around 2.5 percent), as exports will be pushed by the broad European economic recovery and imports will remain subdued due to moderate disposable income increases.

The path ahead: walking on a tightrope

As a small, open economy integrated in a large common-currency area, Portugal’s future performance is not dependent only on internal factors and decisions. Of course, the structural reforms may help the country’s competitiveness-regaining process, but ultimately much of the success of all the adjustments already undertaken, and still to undertake, will rest upon the shoulders of Europe’s future decisions. Portugal’s exports are extremely concentrated in its European partners, despite the diversification efforts of the last few years; so export performance, the recommended future growth engine, will be intimately linked to the broad economic performance of its main European partners, notably Spain, Germany and France.

Additionally, many financial constraints still affecting the domestic agents, namely higher funding costs for companies and the sovereign, depends on how the euro-area framework evolves into a more integrated one, with enhanced tools to deal with the existence of asymmetric shocks and also asymmetric policies. Many economists, especially in the US, argue that the euro area still needs to implement many improvements in order to become as close as possible to an optimum currency area.

Furthermore, despite the current positive outlook for many indicators (e.g., exports, trade balance, financial deleveraging of private and public agents, etc.), Portugal still faces a major obstacle, which is its outstanding stock of debt—public but essentially private debt. The stock of debt accumulated during the low-interest-rate boom years by households and companies may prove to be too big to overcome, especially in corporate debt (private debt represents more than 200 percent of GDP). This huge amount of debt and the subsequent debt-servicing needs will surely put a significant strain on the economic recovery. The enormous debt level of Portuguese corporations may limit their investment capacity, and without investment, their productive capacity will not expand, and the absorption of the currently high number of unemployed will become a very slow process. As recommended by many economists and international organizations, significant efforts still have to be put in place by national authorities and the banking system in order to reduce more consistently the debt levels of Portuguese firms, in order to release their investment potential.

To survive to future crises and for all its members to thrive, the euro area needs to possess a sufficiently flexible framework, capable of supporting those countries most affected by asymmetric shocks through, even temporary, fiscal transfers (similar to those in place in the US). Other instruments, such as debt mutualisation or common banking deposit guarantees, would shield the euro area against market distrust of an eventual disaggregation of the currency area. Much has already been done during these chaotic years, such as the Single Supervisory Mechanism and the permanent European Stability Mechanism, but much is still to be done.

The euro was always a political project, not an economic one, and in the end to flourish again it will be mostly dependent on political will. Current and future European leaders will provide the answer to the question many Southern European inhabitants ask: Will all this inflicted pain pay off?

you need to add date of publication of the article