Top Posts
Why the Status of the Fifth-Largest Economy Is a Job...
Syrian Economic Outlook Dims as Internal Conflict, Resource Theft and...
Unwinding the Unconventional Monetary Policy in Japan
Three Significant Payment Trends in 2022
Recessions Hurt: Does the Data Show That the World’s Major...
Every Organisation Should Be Aware of Invoice Scams
Home Banking The Outlook for Economic Growth in Japan
Banking 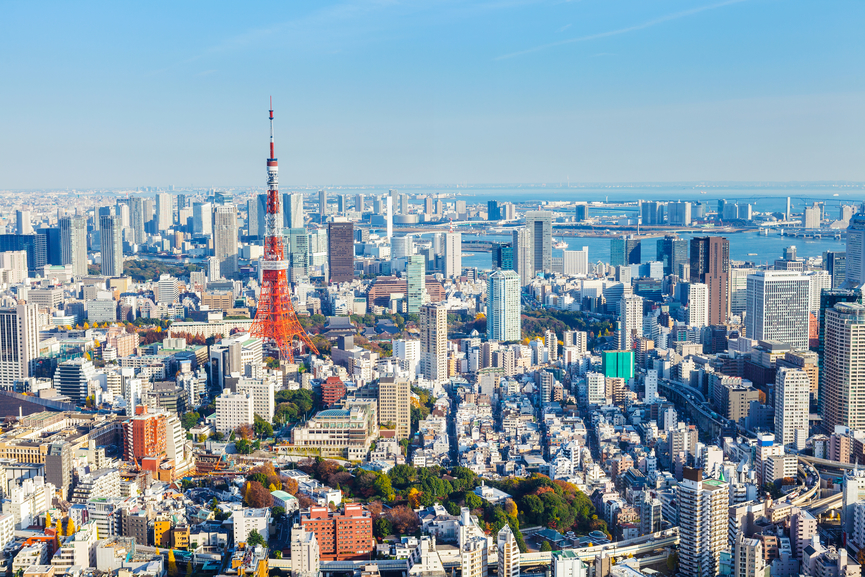 Government data released on June 8 has revealed that GDP growth in Japan during the first quarter of the year was revised sharply upwards. The new figures show that the economy grew by 3.9 percent from 2014’s first quarter, while also expanding by 1 percent from last year’s final quarter, in contrast to previous recordings of 2.7 percent and 0.6 percent respectively. The positive growth figures in 2015 are leading many analysts to predict that Japan is likely to be set for an overdue period of economic stability.

Much of the success of the recent recovery from last summer’s recession is being credited to “Abenomics”, the economic policies that have been pursued by Prime Minister Shinzō Abe since he took office in 2012, to counter 18 years of economic stagnation in Japan. Abenomics has been described as a three-pronged approach—fiscal expansion through more government spending, monetary easing by increasing the money supply, and structural reforms designed to improve competition among businesses.

The principal policy measure under Abenomics has been the Bank of Japan’s (BOJ’s) quantitative-easing (QE) program. Initially aimed at doubling the BOJ’s balance sheet and lifting inflation to around 2 percent, the asset-purchasing program was increased to such an extent that by the end of 2014, the BOJ held assets worth 57 percent of its GDP, easily the most in the world and more than double that of comparative QE programs in the US and Europe.

Although deflation has not been fully combated by this monetary injection, the increased money supply has caused a marked depreciation of the yen, which has allowed Japan’s export-focused businesses to prosper and consequently realise higher stock valuations. For example, currency weakness has recently bolstered the overseas sales of Toyota, Japan’s biggest exporter, which has helped the company record a 19-percent increase in net income for the financial year to March, and surpass analyst expectations.

Moreover, the yen’s weakness has helped Japan’s benchmark equity-market index, the Nikkei 225 Stock Average, to achieve dramatic growth. For the past couple of years, the Nikkei has performed well above expectations, with returns having improved by 97 percent since the beginning of 2013. This has coincided very closely with the yen’s depreciation.

In early June, the Nikkei completed a run of 12 consecutive days of positive gains, the longest winning streak since February 1988, while the posting of 20,569.87 on the final day of the run marked the index’s highest level in 15 years.

The yen has lost more than 50 percent of its value against the US dollar since the second half of 2012, and in early June of this year, the dollar momentarily breached ¥125 during intra-day trading, the weakest posting in almost 13 years. The boost to exports has also enhanced the contribution that Japan’s balance of trade has made to overall economic growth. For eight consecutive months, exports have risen on an annual basis from the same months in 2014, with an 8-percent increase most recently recorded for April. As a result, Japan’s current account surplus hit a 7-year high of ¥2.8 trillion in March, and posted 10 consecutive months of surplus by the end of April.

On the fiscal front, Abe has induced a heavy spending package to stimulate demand and domestic consumption growth, as well as sizeable investment in infrastructure. However, this has led to Japan accumulating the largest public debt among all industrialised economies of the world and is therefore viewed as being the least effective of the three “arrows” of Abenomics.

The most influence Abenomics might be having on the economy is through structural reform policies that have attempted to foster long-term industrial competitiveness in Japan. Measures have included the removal of business regulations, slashing corporate taxes, and liberalising the labour market by promoting diversity in the workforce and simplifying the process for firms to fire underperforming workers.

Perhaps most crucially, companies are now encouraged to focus wholly on profitability and on maximising returns for shareholders. The JPX-Nikkei Index 400, which launched in November of last year, for example, will allow companies to be listed only if they rank in the top 400 on the Tokyo Stock Exchange on the basis of three parameters: return on equity (ROE), profit and market capitalisation, with weightings of 40 percent, 40 percent and 20 percent respectively. The increasing importance given to ROE seems to be having an effective impact—upon being excluded from the JPX-Nikkei Index 400, manufacturing firm Amada immediately responded by announcing a payout of net income in dividends and share buybacks in order to get its 7-percent ROE up to the acceptable threshold for inclusion.

Furthermore, the Institutional Shareholder Services, which acts as advisor to 90 percent of institutional investors, announced last year it would strongly support a vote against every Japanese company’s management where the ROE is less than 5 percent over the previous five years. A report last August, commissioned to advise the Government Pension Fund and led by the University of Tokyo’s Professor Takatoshi Ito, also recommended that Japanese firms target a minimum 8-percent ROE going forward, almost double the 4.6 percent that companies of Japan’s TOPIX stock index averaged last summer.

Deflation in the economy remains a persistent worry, however. While the average price level has grown consistently since 2013, the recent drop in the inflation rate to 0.6 percent in April will do little to convince the market that the days of stagnation are finally over.

There are some positive recent indicators, however, which suggest that any imminent deflation may be more short-lived than in previous years. Among the most welcome recent economic statistics was from the Labor Ministry in early June, announcing that real wages in April increased from the previous month by 0.1 percent, the first monthly increase since April 2013. Given that unemployment fell to an 18-year low of 3.3 percent in April, and Japan’s ratio of job offers to applicants hit a 23-year high of 1.17, it seems as though the labour market has distinctly tightened in recent months.

Source: Ministry of Internal Affairs and Communications|Ministry of Health, Labor and Welfare|Quartz

While this may imply that the economy is approaching full productive capacity, the warming labour market and associated wage inflation might just be the necessary ingredients required to pull Japan out of its 20-year cycle of deflation, as higher pay should also produce higher levels of consumer spending, which will translate into a more thriving economy, as well as promoting further long-term, stable inflation.