Top Posts
Data Fabric: Simplifying Data Management in an Increasingly Data-Reliant World
Is There a Digital Currency on the Horizon for the...
Eurozone Inflation Soars to a Record 8.6 Percent in June
Why Fintech Has a Role to Play in the Cost-of-Living...
Global Military Spending Hits a Record High
Could Big Tech’s Iron Grip on Digital Advertising Soon Come...
Home Banking Citigroup Chairman apologizes for mistakes made by banking industry
BankingCompanies 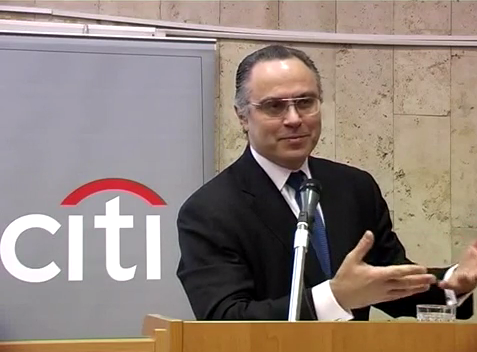 Alberto Verome, Chairman of Citigroup EMEA, said that banks should get back to basics in a candid critique of the industry. Speaking at the VTB Capital investment forum, Russia Calling he said that Citigroup, as well as the rest of the banking industry, had made mistakes but that they are making amends.

Citigroup was one of the banks at the center of the US financial crisis which has led to the economy needing trillions in bailouts and which has left millions unemployed since 2008. Verome stated that he thought that his worst case scenario was five years ago but added that he was wrong. He went on to describe how the industry has lost the trust of the public. He said that the Lehman Brothers scenario should not be repeated and that financial institutions should learn to say no or don’t know, rather than saying yes to everything as they have done in the past.

Since 2009, Citigroup’s share price has risen fourfold whilst they are still undergoing restructuring. Verme told the conference that they were implementing the Basel III international bank regulations. He said that they remained dedicated to the idea of the universal bank. He believes that a multinational bank is still relevant.

Citibank assets have shrunk to $2 trillion and they have fired thousands of employees across the globe over the past five years. Verme said that Citigroup’s financial re-engineering, now five years on, has improved the quality of their assets and whilst their non-core assets were at 40% five years ago, they were now down to 7%. He added that the bank have introduced yearly stress tests and a tighter oversight to improve their situation.