Top Posts
Are Your Bank’s Digital Marketing Metrics Meaningful?
Identifying Beneficial Ownership: A Regulatory Conundrum
Forging a Digital Framework to Harmonize the Global OTC Derivatives...
The Paradox of AI and Investing
Malaysia’s Fight Against Climate Change: Perspectives from a Central Banker
Crypto-assets and the Relevance of International Private Law
Home Banking The Fed Leaves Rates Unchanged and Signals That They Will Remain the Same Until at Least 2023
Banking 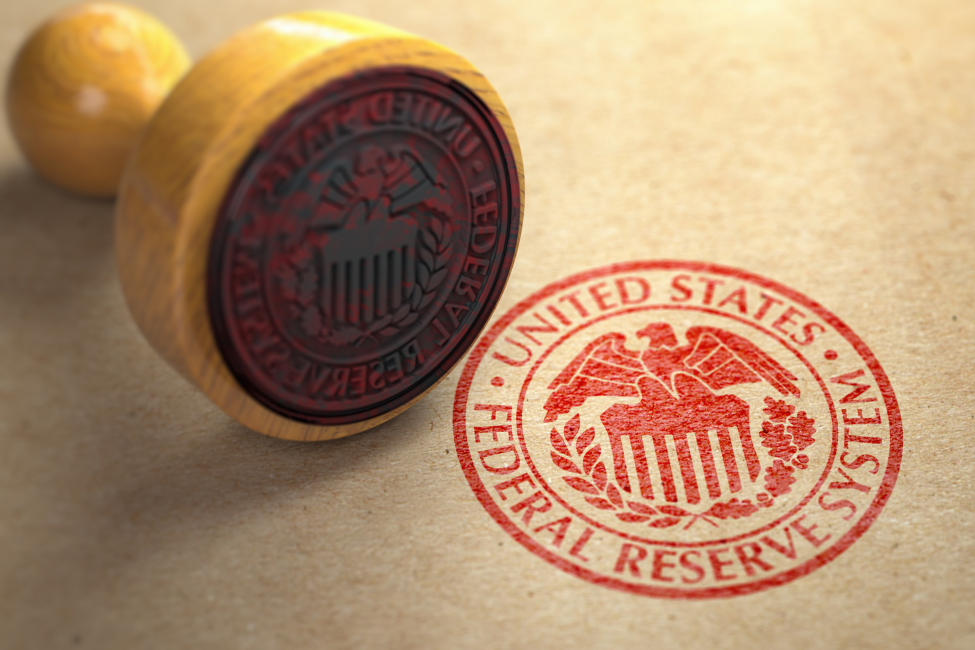 The Federal Reserve System’s Board of Governors (the Fed) in the United States concluded its two-day monetary-policy meeting on Wednesday, September 16, announcing that interest rates will remain unchanged at near-zero (0-0.25 percent), another decidedly dovish signal that its monetary policy will effectively be on hold for the next few years. Most members of the Federal Open Market Committee (FOMC) said that they expect to keep rates at near-zero until the end of 2023 at the very least in a bid to help the economy recover and add jobs for as long as possible. All but four members suggested that rates would remain unchanged until then, marking the first time that the rate-setting committee has forecast its outlook so far forward.

The Fed also said it would “increase its holdings of Treasury securities and agency mortgage-backed securities at least at the current pace to sustain smooth market functioning and help foster accommodative financial conditions, thereby supporting the flow of credit to households and businesses”. Currently, the US central bank is purchasing government securities at a rate of $120 billion per month, consisting of $80 billion in Treasuries and $40 billion in mortgage securities.

The Fed’s chairman, Jerome Powell, confirmed that this pace of asset purchases is “appropriate” given the ongoing impact of the coronavirus pandemic but also suggested that it could be changed should the economic and financial conditions justify doing so.

Fed officials also updated their economic projections, pencilling in a smaller gross domestic product (GDP) contraction for this year (but one that will grow more slowly in 2021 and 2022 than its previous June forecast) as well as a lower unemployment rate (- 7.6 percent by the end of 2020 and down to 4 percent by 2023).

While such improvements are certainly encouraging, the lack of approval from Congress for another fiscal-aid package to support a sustained economic recovery remains of particular concern to the Fed. Indeed, the economic recovery remains some distance from being complete and is still vulnerable to further deterioration should more waves of the coronavirus transpire and continue to confine economic activity. The impasse over further fiscal assistance between Democrats and Republicans in Washington remains unresolved.

Powell underlined his support for more fiscal stimulus to facilitate the economic recovery. “My sense is that more fiscal support is likely to be needed,” he said. “Of course, the details of that are for Congress, not for the Fed. But I would just say there are roughly 11 million people still out of work due to the pandemic, and (a) good part of those people were working in industries that are likely to struggle. Those people may need additional support as they try to find their way through what will be a difficult time for them.”

In the meantime, the Fed reiterated that the future trajectory of the economy depends significantly on how well the country deals with the coronavirus, stating that “the ongoing public health crisis will continue to weigh on economic activity, employment, and inflation”. Powell also sees combating COVID-19 as being the key driver for the economic recovery, both through the eventual discovery of a vaccine and through the importance of wearing masks in the near term.

“All of us have a role to play in our nation’s response to the pandemic. Following the advice of the public health professionals, to keep appropriate social distances and to wear masks in public, will help get the economy back to full strength,” Powell said, adding that even without a vaccine, “we’re learning to engage in economic activity.”

The Fed also indicated that it would not tighten monetary policy; it is on track to “achieve inflation moderately above 2% for some time so that inflation averages 2% over time and longer-term inflation expectations remain well anchored at 2%,” adding that it anticipated maintaining “an accommodative stance of monetary policy until these outcomes are achieved”.

Such a measure is reflective of the central bank’s recently announced shift in policy towards an average inflation targeting (AIT) framework, and thus it would seem that Wednesday marked the first step of putting this policy formally into action. “This is all about credibility, and we understand perfectly that we have to earn credibility,” Powell acknowledged, adding that the Fed governors “have to support it with our actions, and I think today is a very good first step in doing that. It is strong powerful guidance.”

Whether inflation can rise above 2 percent anytime soon remains to be seen, however. Rick Rieder, chief investment officer of global fixed income and head of the Global Allocation Investment team at BlackRock, doesn’t seem to think achieving such an objective in the interim is likely. “Still, we’re sceptical about the achievability of this inflation goal at a time when the disinflationary influences of technological innovation and the demographic trend of population aging arguably hold a greater impact on the rate of inflation than central bank policy does,” Rieder stated.