Top Posts
Designing the Next-Generation Banking Treasury Management
Is the US Finally Warming to the Possibility of Creating...
Enabling the Drive Toward Green Finance with Technology
Why Have Tin Prices Struggled in 2022?
The Devil We Thought We Knew
How China Has Managed to Avoid the Inflation Bug
Home Finance UK Unemployment Worsens Despite Easing of Lockdown Measures
Finance 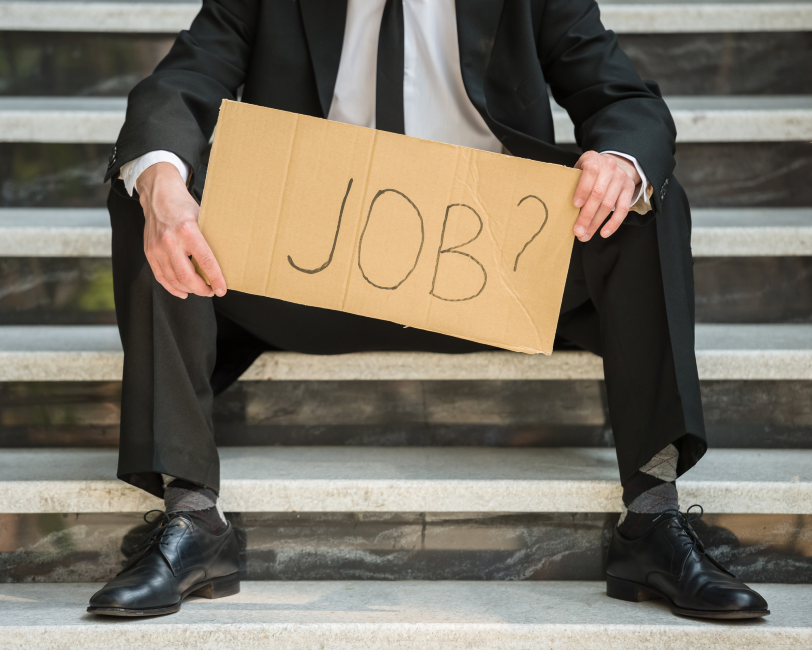 Although coronavirus restrictions have continued to be lifted, unemployment in the United Kingdom in the three months to July still increased, official data published on Tuesday, September 15, showed. According to the Office for National Statistics (ONS), the unemployment rate was estimated at 4.1 percent, which was 0.3 percent higher than a year earlier and 0.2 percent more than the previous quarter, during which time the UK’s lockdown measures were first implemented. “For May to July 2020, an estimated 1.4 million people were unemployed, up 104,000 on the year and up 62,000 on the quarter. The annual increase was the largest since February to April 2012,” the ONS confirmed.

The quarterly increase was mainly driven by young people, who have been disproportionately impacted. Unemployment for the 16-24 age group rose by 76,000 over the year and by 36,000 on the quarter to 563,000; while for the smaller 18-24 group, there was an increase in unemployed people by 49,000. The ONS attributed this to sectors such as hospitality and tourism, which tend to employ younger people, being badly affected by lockdown measures.

While the picture has certainly worsened for unemployment, however, the figures for employment in the UK appear more positive. The ONS estimated the employment rate for all people during the same period at 76.5 percent, which is 0.4 percent up on the year and 0.1 percent up on the quarter. “Estimates for May to July 2020 show 32.98 million people aged 16 years and over in employment, 202,000 more than a year earlier.

“This annual increase was mainly driven by women in employment (up by 194,000 on the year to 15.71 million),” the ONS found. That said, the picture looks different when viewed on a quarter-on-quarter basis, with the number of women employed decreasing by 34,000 and the number of men employed increasing by 22,000.

The employment figures should be encouraging to many, particularly as they immediately followed last month’s figures, which showed that the March-to-May period saw UK quarterly employment falling by the most in more than a decade. That said, employment in younger age groups has again proven to be the biggest concern, with those aged 16 to 24 years experiencing a decline of 156,000 to 3.63 million (with a record decrease of 146,000 for those aged 18 to 24 years). 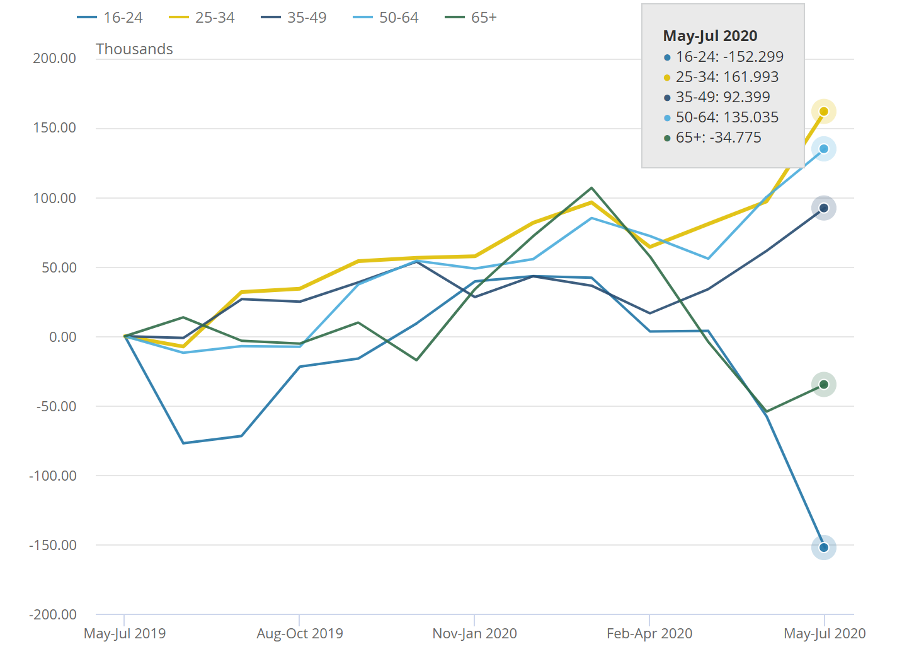 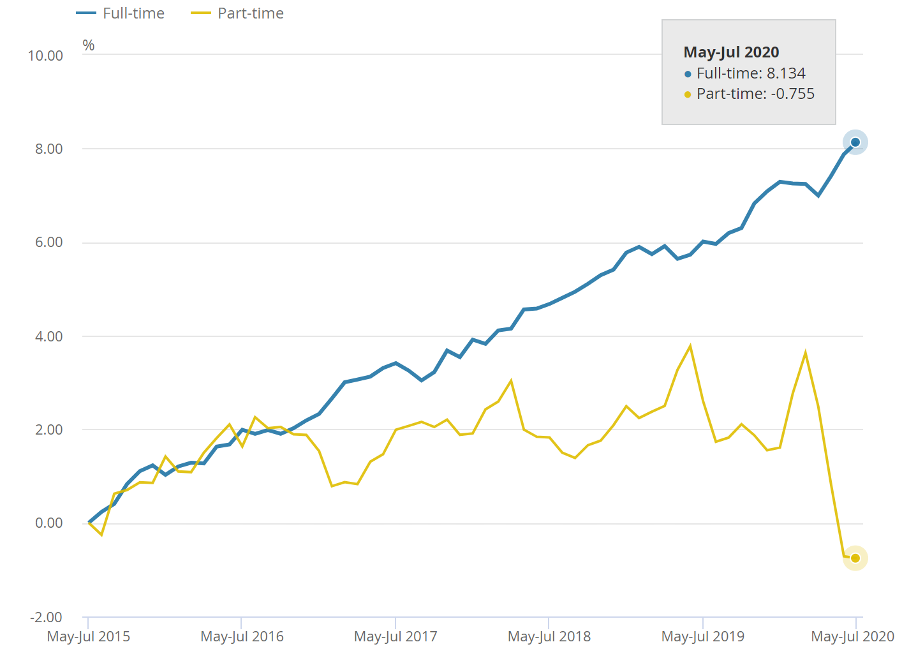 UK employment percentage growth for full-time and part-time workers (aged 16 years and over), seasonally adjusted, between May to July 2015 and May to July 2020

But while rising employment is certainly welcome, the increasing unemployment rate remains a major concern and is largely reflective of the ending of the furlough scheme, under which the government has been paying the wages of workers—80 percent of employee income up to £2,500 per month—in an attempt to prevent businesses from making drastic job cuts. Since August, businesses have also had to contribute towards compensating their furloughed staff. And with the scheme due to end completely on October 31, the resultant rise in labour costs for companies means that they are likely to introduce more redundancies rather than paying their workers again.

And the ONS has also highlighted monthly statistics of paid employees from the HM Revenue and Customs (HMRC) Real Time Information (RTI) data, which suggested that the number of employees on payroll fell by approximately 659,000 between March and July 2020.

And commenting on the ONS’s latest unemployment figures, Chancellor of the Exchequer Rishi Sunak acknowledged that it remains a difficult time, “as the pandemic continues to have a profound impact on people’s jobs and livelihoods. That’s why protecting jobs and helping people back into work continues to be my number one priority.”

Of particular note with regards to these latest figures is the slight change in the methodology that the ONS uses to gather data. Due to COVID-19 and the suspension of face-to-face interviewing on March 17, the office has changed the way it contacts households for interviews as part of its Labour Force Survey, upon which the results are based. Specifically, it has now moved to a “by telephone” approach.

“These changes have resulted in a response where certain characteristics have not been as well represented as previously,” the ONS acknowledged. “This is evidenced in a change in the balance of type of household that we are reaching. In particular, the proportion of households where people own their homes in the sample has increased, and rented accommodation households has decreased.” While the changes are not yet fully quantifiable, the ONS admitted that its headline figures “might be slightly impacted by the changes, but within the bounds of statistical variation”.