Top Posts
How Gamification is Catapulting Digital Banking to the Next Level
Challenges Remain, But There Are Opportunities to Be Had in...
Interview with Mr. Olukayode Pitan, Chief Executive Officer and Managing...
Commodities Outlook for 2023
The Value of Cash in a Time of Crisis: How...
The US-Africa Leaders Summit: Fostering a Closer Relationship with the...
Home Banking The State of Islamic Banking
Banking 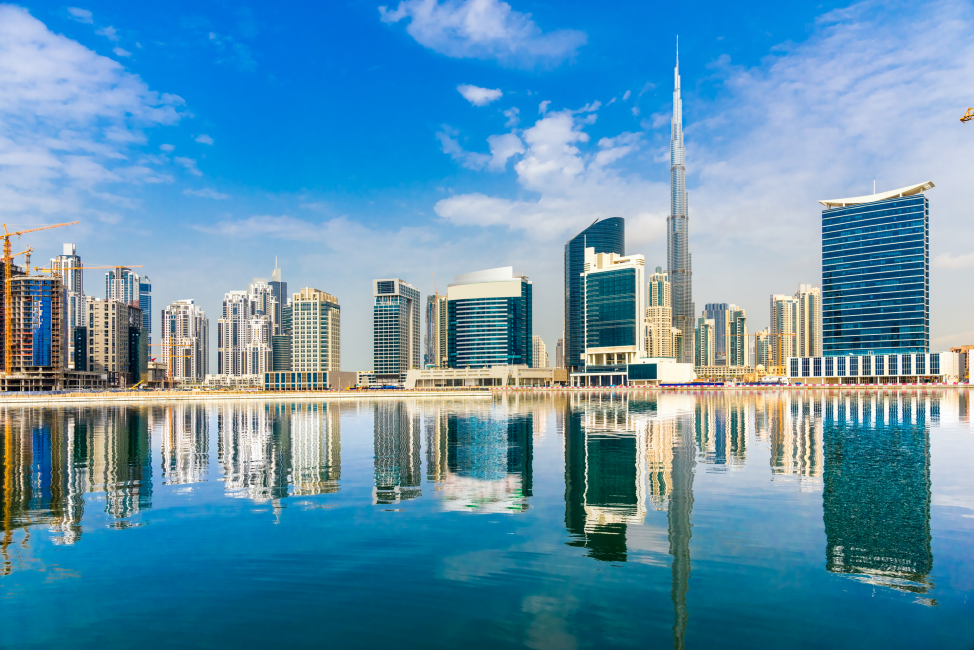 Among the few positive takeaways from the global coronavirus pandemic has been the broad resilience shown by the global financial system, which has done much to assure the world that lessons from the 2008 global financial crisis (GFC) have been learnt. And among the various banking sectors that have stood tall over the last 18 months, Islamic finance has arguably shone the brightest.

Indeed, despite the restrictive impact of the pandemic, Islamic banking seems to have shown considerable strength to date. According to a report published in late June by Middle East financial advisory specialists Alpen Capital and Alpen Asset Advisors, the Islamic-finance industry has remained resilient amidst the pandemic. “Islamic finance and [the] wealth management industry faced the dual shocks of adjusting to the pandemic and historically low oil prices in 2020,” noted Sameena Ahmad, Alpen Capital’s managing director. “While the industry slowed down during the year after experiencing record growth in 2019, it showed resilience and total Islamic finance assets in 2020 are estimated to match the previous year’s figures.”

Generally, Islamic finance aims to produce returns that are in strict compliance with interpretations of religious law. In practice, this means that interest payments and monetary speculation are prohibited, among its many regulations. Much of the growth has been witnessed across the Middle East, Africa and Southeast Asia, with many analysts anticipating a healthy future for the burgeoning sector. According to S&P Global Ratings, the $2.2-trillion global Islamic-finance industry could grow by 10 to 12 percent over 2021-22, thanks mainly to an expected increase in Islamic bond issuance and a modest economic recovery in the main Islamic-finance markets. “Growth of Islamic banking assets in some Gulf Cooperation Council (GCC) countries, Malaysia, and Turkey and sukuk issuances exceeding maturities explain this performance,” S&P wrote in early May. “Islamic finance grew rapidly in 2020, albeit at a slower pace than in 2019, despite the double shock from the pandemic and the drop in the oil price.”

The issuance of sukuk—Islamic finance’s non-interest equivalent of bonds—is anticipated to drive much of the expansion. “Sukuk is expected to maintain its position as a major growth driver for the Islamic finance industry. Sukuk has witnessed record-breaking issuances over the past year, and this is likely to continue,” Hameed Noor Mohamed, executive director of Alpen Capital, recently acknowledged. Indeed, the first quarter of 2021 saw issuance volumes up by 1.4 percent in total, according to S&P, which also projected total sukuk issuance of about $140 billion to $155 billion this year, compared with a decline in issuance to $139.8 billion in 2020 from $167.3 billion in 2019. “We expect an increase in the volume of issuances this year as liquidity remains abundant, corporates and sovereigns come back to the market, and new issuances exceed maturing sukuk,” S&P noted, while also observing that additional challenges related to compliance with Accounting and Auditing Organization for Islamic Financial Institutions (AAOIFI) standards in the GCC (Gulf Cooperation Council) countries had slowed the pace for some issuers.

The lack of regulatory standards in Islamic finance, however, presents the industry with arguably its biggest immediate challenge. But even that may be about to change for the better, with S&P noting that over the 12 months from May 2021, some progress has been made on a unified global legal and regulatory framework, one that could help resolve the lack of standardisation and harmonisation that has plagued the sector for decades. The framework is being developed by the Dubai Islamic Economy Development Centre (DIEDC) and its partners, including the Islamic Development Bank (IsDB), the United Arab Emirates (UAE) Ministry of Finance (MoF) and several other advisors, with S&P listing the project’s objectives as:

“Depending on the outcome of the project, issuers may benefit from a speedier and more streamlined process to tap the Islamic finance market,” S&P explained. “Investors may also gain greater clarity on sukuk resolution in the case of default. This could make the industry more attractive to new players.”

Indeed, the entry of those “new players” already seems to have commenced in earnest, with much evidence of growing interest in Islamic-banking opportunities from renowned global institutions. In July, for instance, Visa announced the introduction of new debit and credit cards in Bangladesh—home to more than one-third of the world’s Islamic-banking customers—with the cards being guided by Shariah principles. In doing so, Visa is extending its Islamic-finance exposure, having already established a presence in the Middle East, Indonesia and Malaysia with similar products. According to the official press statement, the new Classic, Gold, Platinum and Signature credit and debit cards will enable Hajj and Umrah travel, leisure travel, lifestyle shopping, healthcare and retail benefits, among its many perks. “Bangladesh is one of the key markets for Islamic banking and has been instrumental in providing a number of novel ways to cater to its customers,” said Soumya Basu, Visa country manager for Bangladesh, Nepal and Bhutan.

The first week of August, meanwhile, saw National Australia Bank (NAB) become the first of the country’s big four lenders (the others being Commonwealth Bank, Westpac and ANZ [Australia and New Zealand Banking Group]) to enter the Islamic-finance space, having officially introduced sharia-compliant loans of more than $5 million for commercial property and construction. According to reports, moreover, additional lending entities are now attempting to obtain licences to establish Islamic banks in Australia, including Islamic Banking Australia (IBA), a sharia-compliant digital bank. “One of the great challenges in starting Australia’s first Islamic bank is that you have all of these jurisdictional and legislative challenges that you don’t have when you’re running a conventional bank,” IBA’s chief executive officer (CEO), Dean Gillespie, recently told the Sydney Morning Herald. “If you have a particular type of transaction called a Murabaha—where the bank buys the property and then immediately sells it to the customer—obviously you get hit normally with two sets of stamp duty.” As such, Mr. Gillespie is pressing for legislative changes across Australia to introduce exemptions that prevent stamp duty from being incurred twice. The bank already has a customer waiting list of 5,000, according to the CEO, and aims to open next year.

July also saw the launch of the world’s first Islamic international digital bank, Nomo, in the United Kingdom. Part of the Boubyan Bank Group and BLME (Bank of London and The Middle East), Nomo will offer bank accounts and financial-management services for clients in Kuwait and the Middle East and provide digital solutions for accessing and investing money in the UK and internationally. Customers will also be able to instantly create their accounts through the Nomo iPhone app, as well as transfer money in pound sterling and US dollars. “We’ve put together a carefully selected team of global digital banking and payments experts to help us create the future of Islamic international digital banking,” Andrew Ball, CEO of BLME, confirmed at the launch. “UK banks are admired around the world for their stability, resilience and high levels of governance. Digitisation will enable customers in the Middle East to open and enjoy the benefits of a UK bank account in the knowledge that it also meets their Sharia principles and beliefs.”

Indeed, as is the case with many other sectors in the global banking and finance industry, technology is expected to be the key facilitator of Islamic finance’s growth over the next few years. According to “Faith and finance: The changing face of Islamic banking”—a report involving polls of more than 2,000 young Muslims around the world published in early August by Mambu, a software-as-a-service (SaaS) cloud-banking platform serving Islamic banks and lenders—76 percent of respondents consider the availability of online banking options as being a potential dealbreaker with 70 percent saying that it’s important they can invest without having to see someone in person, 74 percent stating that it’s important they can access their bank’s services via a mobile app, and 80 percent asserting that it’s important they can access banking services anywhere at any time.

Such trends go a long way towards explaining the surge in Islamic-finance-focused fintechs (financial technology firms) in recent years, with Mambu noting that the United Kingdom leads the way with a total of 27 Islamic fintechs, followed by Malaysia with 19 companies and the United Arab Emirates (UAE) with at least 15 companies. Mambu also projected that the global Islamic fintech market will be worth $125 billion by 2025. “This is a generation that’s technologically savvy and more globally mobile than the generations before them. They want banking services that align with their lifestyle and values, without compromising on flexibility or ease of use,” Miljan Stamenkovic, Mambu’s general manager of the Middle East and North Africa region, observed. “The Islamic banking industry is only around 40 years old and has already proven to be tremendously successful—a showcase for the ethical banking opportunity. But with younger generations set to account for three quarters of all Islamic banking revenue by 2023, the industry must listen to the demands of these digital natives, both in the Middle East and beyond, if it wants to stay ahead of the curve.”

Indeed, for Islamic banks and sukuk, “higher digitalization and fintech collaboration could help strengthen their resilience in more volatile environments and open new avenues for growth,” S&P stated in May. But progress is being made, with digitalization now taking “a prominent place” among decision-makers’ priorities. According to the ratings agency, getting banking services digitally, issuing sukuk on digital platforms using blockchain technology and enhancing cybersecurity are the three key factors that will support Islamic finance’s resilience going forward.