Top Posts
Challenges Remain, But There Are Opportunities to Be Had in...
Interview with Mr. Olukayode Pitan, Chief Executive Officer and Managing...
Commodities Outlook for 2023
The Value of Cash in a Time of Crisis: How...
The US-Africa Leaders Summit: Fostering a Closer Relationship with the...
Three Key Sectors in Which to Invest in 2023
Home Finance Keeping Faith in Brazil
Finance 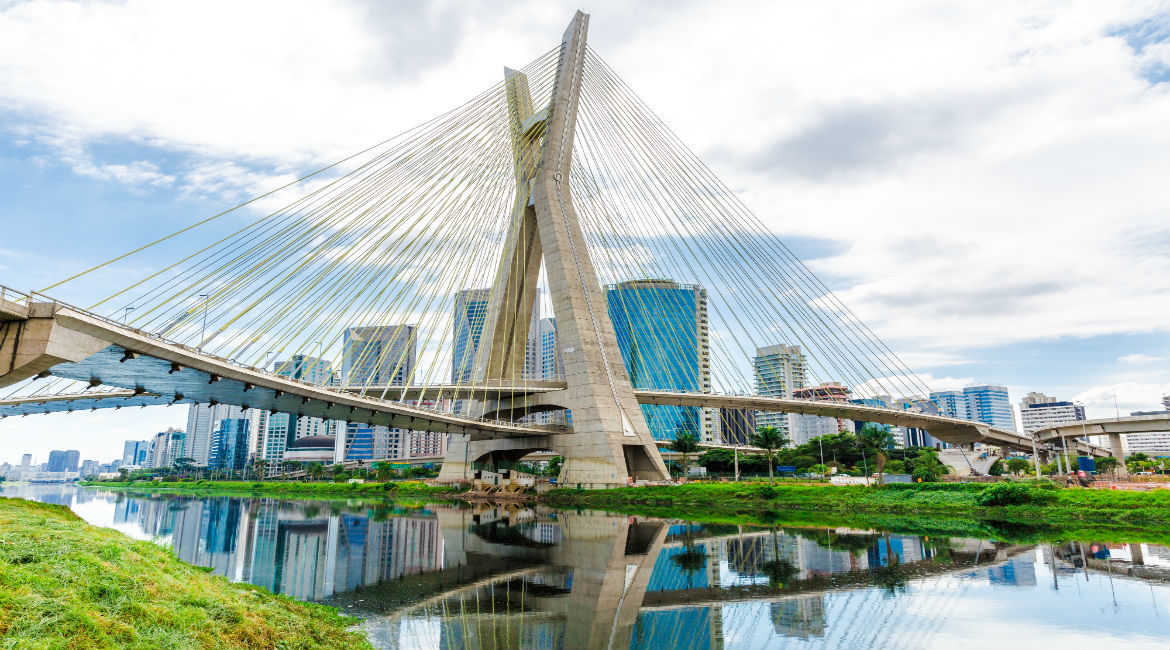 Fiscal pressures and a beleaguered export trade have seen Brazil struggle through the deepest recession in recorded history. Recovery has been a long time coming, but buoyed by the reformist efforts of a more market-friendly government, foreign investors are again showing tentative optimism.

Short-term fiscal challenges certainly persist. Yet in the long-term, Brazil will continue to play a crucial role in global trade flows—encouraging some to keep their faith in the country.

When the going got tough.

To call Brazil’s experience over the past few years “challenging” is to put it mildly. The unemployment rate has risen to an estimated 13 percent, up from 7 percent in 2015. Last year the economy contracted by 3.6 percent, and by 3.8 percent the year before, as the country faced its longest recession since records began back in 1901.

The roots of Brazil’s woes lie in 2014—and we’re not talking about the infamous 7-1 FIFA World Cup defeat at home to Germany that year. It was then that the global crash in commodity prices dragged down crucial export revenues and investment. Given primary goods such as metal ores, oil, meat and sugar account for nearly half (46 percent) of total exports—with soya products alone holding a 15-percent share of national produce—it is no surprise that its dependence on raw materials cost Brazil dearly.

Weaker export revenues reduced the tax intake, straining the government’s budget. This brought the deficit to nearly 9 percent of gross domestic product (GDP) last year, and a record 10.2 percent the year before. Combined with unchecked government spending, this pushed public debt to an all-time high of almost 70 percent of GDP by the end of 2016.

Fragile revenues also took their toll on the Brazilian real, which by last year had fallen to a two-decade low against the dollar. As well as making existing public debt, which is largely denominated in foreign currency, more expensive, this also pushed inflation rates over the 10-percent mark by 2016.

Drivers of a tentative recovery

The worst may be over, however. With GDP growth finally back in the black, Brazil is now entering into a moderate but consistent recovery. According to the International Monetary Fund (IMF), the economy is set to grow by a modest 0.7 percent this year. The central bank has lowered interest rates to 7.5 percent—down from 14.25 percent last year—inflation has been tamed to 2.54 percent, and rounds of quantitative easing have provided some liquidity and cheaper funding.

The role of the government has been crucial to this recovery. The current administration has pursued orthodox macroeconomic policies generally regarded as more palatable to business. Above all, on taking office in May 2016, President Michel Temer promised to help address the fiscal indiscipline that in large part exacerbated Brazil’s crisis.

Fiscal obstacles certainly remain, including the need for pension reform, tax-code amendments and deficit reduction. But encouraging efforts have now been approved, including labour reform, measures to reduce bureaucracy and increase productivity, and an amendment to the Constitution of Brazil that essentially freezes the level of public spending for two decades.

Commerce, too, has helped Brazil to rebuild. A weaker currency has already had the effect of boosting exports, converting the country’s trade deficit into a growing surplus. Back in January 2014, for instance, Brazil had posted its worst deficit of more than $4 billion, but by May this year the balance was a positive $7.6 billion, the highest on record. The year’s surplus, aided in no small part by a revival in commodity prices, is forecast to be $60 billion.

It is largely thanks to commerce, in fact, that investors now seem more confident of Brazil’s future. Foreign direct investment is reaching new heights: last year, the country attracted a record $78.9 billion, and a total of $75 billion looks likely for 2017.

The country is enjoying renewed interest from global carmakers, for example, with Japanese and American firms having invested in plant expansions. The first quarter of 2017 alone saw both a 70-percent rebound in automobile exports and a 24-percent year-on-year rise in output. According to Anfavea (Associação Nacional dos Fabricantes de Veículos Automotores), the national automotive-industry body, Brazilian production is expected to rise by 11 percent this year—a promising sign for what has traditionally been a staple of manufacturing in the South American region.

Attracted by Brazil’s large and diversified economy, investors are also looking forward to expectations of recovery in consumer demand for Brazilian imports across South America. Consider the country’s trade with Argentina, Brazil’s major commercial partner in the local Mercosur trading bloc and its third-largest export partner worldwide. Over the first three quarters of 2017, healthy demand for capital and consumer goods from Brazil’s southern neighbour translated into some $13.4 billion worth of Brazilian exports, according to the United Nations’ official trade estimates: this represents a 30-percent year-on-year rise.

On a broader scale, the country retains significant long-term potential as a crucial player in global trade flows. Brazil is, after all, the world’s ninth-largest economy. Aside from its top two export partners, China and the United States—to which Brazil exported $35.1 billion and $23.3 billion worth of goods last year respectively—links with Europe offer major trading opportunities. For instance, as many as 1,300 German companies maintain subsidiaries and operations in Brazil, some 900 in the city of São Paulo alone.

It is for this reason that Commerzbank, reaffirming its trust in the country, opened a new subsidiary in São Paulo last year. Just the latest chapter in Commerzbank’s 60-year history in Brazil—and coming almost two centuries after Theodor Wille, one of the bank’s founders, helped to boost Brazil’s coffee and sugar trade—the new office is responsible for the bank’s business across Latin America, dealing with trade finance and cash management, accounts, financing, risk and investment management, and offering insights on local and global markets.

Given Brazil’s economic importance in South American markets, Commerzbank’s subsidiary is intended to serve as a strategic door-opener “on the ground” for German and European clients seeking local opportunities, as well as a bridge for Brazil’s internationalising companies aiming to do business in Europe and beyond. It is notable that, in only the 12 months since its launch, the branch has already recorded growing interest from its clients for cross-border business—thus reflecting the reassuring trends that are supporting Brazil’s economic recovery.

Brazil is finding light at the end of its tunnel. Despite the challenges it faces in the short-term, with trade and the close support of partners abroad, its economy can look forward to brighter prospects ahead.