Top Posts
Challenges Remain, But There Are Opportunities to Be Had in...
Interview with Mr. Olukayode Pitan, Chief Executive Officer and Managing...
Commodities Outlook for 2023
The Value of Cash in a Time of Crisis: How...
The US-Africa Leaders Summit: Fostering a Closer Relationship with the...
Three Key Sectors in Which to Invest in 2023
Home Finance Sovereign Debt Sustainability in Developing Economies: The Imperative of Global Action
Finance 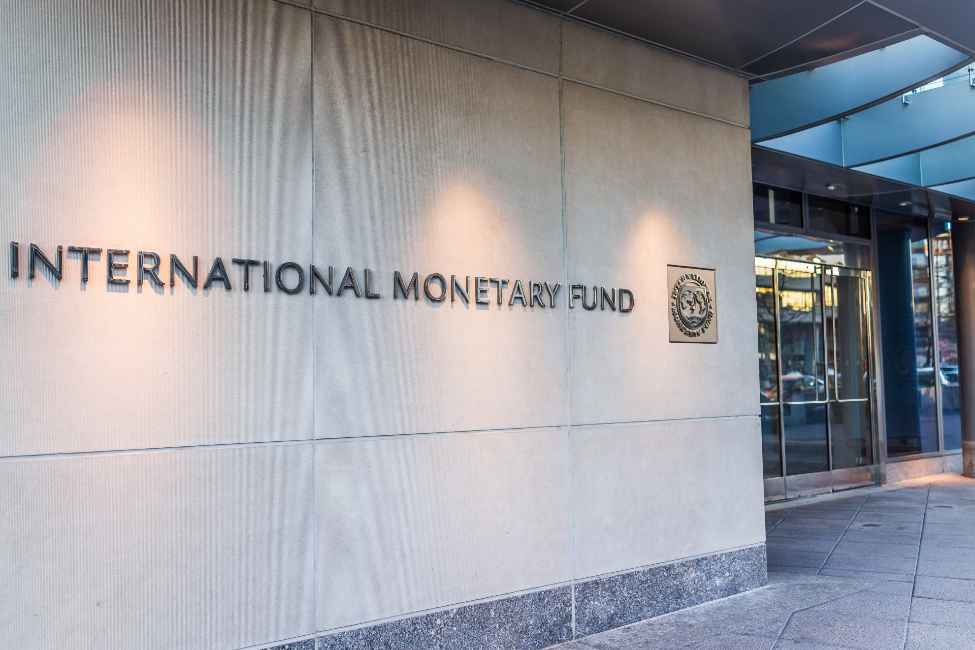 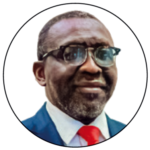 There is a debt crisis looming in emerging markets and developing economies (EMDEs) that has the potential tocreate widespread economic distress for a majority of the world’s population. If this was not clear before, it has certainly become clearer after listening to the managing director of the International Monetary Fund (IMF), Kristalina Georgieva. At her press conference at the 2022 Spring Meetings of the IMF and the World Bank Group, she stated that 60 percent of low-income countries are “at or near debt distress” and at least 20 African countries fall into this category1.

The situation in Sri Lanka shows just how fraught the situation is becoming. In April 2022, roughly two years after the onset of the COVID-19 pandemic and about two months after the start of the Russia-Ukraine war, Sri Lanka announced a temporary default in foreign-debt repayments amidst a severe economic crisis. Inflation has surged, the currency has been devalued, commodities are in shorter supply and citizens have taken to the streets in mass protests. Sri Lanka has a total of $4 billion in repayments falling due within the year, while its foreign reserves are $1.93 billion2. It claims to have been consistent in servicing its debt until recent global events affected its finances. As a result, it is calling for restructuring its debts and will likely need additional loans to revive its economy.

This is just one of many emerging markets and developing economies on the verge of a debt crisis. Sri Lanka maybe one of the more severe cases, but its condition does underscore the scale and severity of the situation of many developing countries, with different situations depending on the currency and composition of debt and national fiscal space. Given the number of countries facing these challenges, a significant portion of the world’s population is at risk of falling into poverty. At best, a debt crisis of this magnitude threatens economic recovery in EMDEs. But, even more worryingly, it is a harbinger of serious economic distress and, ultimately, global instability. This is why debt sustainability in developing countries has become an urgent concern, requiring proactive measures to avert a new global debt crisis.

Several factors have contributed to creating this troubling situation. Prior to the COVID-19 pandemic, alarm bells had already begun to ring about rising debt levels in developing economies. UNCTAD (United Nations Conference on Trade and Development), for instance, reported that the total debt service on external debt in the least developed countries rose from $33 billion in 2019 (pre-pandemic) to $50 billion in 2021—each figure is a far cry from $10 billion in 20113.

The economic fallout of the COVID-19 pandemic created a difficult situation for countries that were already economically vulnerable due to their limited ability to raise resources domestically as well as huge debt repayments. During the pandemic, countries took on additional debt to provide some level of stimulus to their hard-hit economies.

But the troubling thing about the increased debt burden of developing countries is not only the increase in debt-service payments. There is also the fact that the situation could have been much worse if not for interventions that provided some assistance, such as debt relief, payment suspension and provision of liquidity. For instance, in addition to being relatively flexible in terms of disbursements under the Rapid Financing Instrument (RFI), the IMF also issued $650 billion worth of SDRs (Special Drawing Rights), which helped to some extent in improving the external balance situation of many developing countries4.

Recent global events have further worsened the debt situation. The war in Ukraine is causing ripple effects around the world, with rising food, fuel and fertilizer prices leading to inflation and also causing balance-of-payments pressures. This is also coming at a time when supply-chain disruptions caused by the COVID-19 lockdowns have yet to fully abate, especially as there are continuing COVID-19 lockdowns in China, the factory of the world. The increasing use of food-export bans across the world to mitigate the effects of rising food prices is further complicating the situation. Moreover, rising inflation is likely to lead to a tightening of monetary policy in the United States and other advanced economies. The resulting higher interest rates would most likely trigger capital outflows and increase the costs of servicing debt.

Put together, this set of factors is likely to precipitate a debt crisis that would further widen the inequality gap between advanced and developing economies. With higher borrowing and financing costs increasing their debt burdens, developing economies might need to undertake fiscal-austerity measures, including spending cuts, to meet their debt-financing obligations. Such measures, on the other hand, tend to create economic and social upheaval.

At the same time, the old debt-management process of the 1980s and 1990s may not work in the current era. Processes in the London Club and Paris Club are not well suited for the current era. To start with, China, which is not part of these arrangements, is currently the largest creditor of EMDEs. In addition, the structure of most public debt has changed, as much of it has resulted from borrowing in global capital markets, and the ownership of resulting debt instruments among private investors is quite varied. It is reported that while the total public external debt of DSSI (Debt Service Suspension Initiative) eligible countries was about $460 billion at the end of 2018, only $174 billion was owed to bilateral creditors5. The inability to resort to the old playbook of debt rescheduling and debt restructuring continuously through negotiations with the London Club and Paris Club is further complicated by the fact that such exercises may cause credit-ratings agencies to adjust countries’ ratings downwards.

The natural question that follows is how best to support EMDEs in managing their debt obligations sustainably. The starting point, of course, is that these countries have to increase their domestic-resources mobilization in order to be better able to pay back their debts. Given that the average tax-to-GDP (gross domestic product) ratio in Africa is 16.6 percent, compared to the OECD (Organisation for Economic Co-operation and Development) average of 33.8 percent, there is some scope to increase tax collection through improved tax administration as well as innovative financing6. It would also require clamping down on illicit financial flows, especially tax evasion and aggressive tax avoidance.

The G20 has also introduced measures to assist EMDEs in coping better with the economic fallout of the COVID-19 pandemic. The Debt Service Suspension Initiative (DSSI), established during the pandemic, was useful and timely in that it provided some relief to participating countries with up to $12.9 billion in debt-service payments suspended between the launch of the initiative in May 2020 and its expiration in December 20217. It was, however, limited in scope and timing, and there was some reluctance on the part of eligible countries to participate. The Common Framework for Debt Treatments beyond the DSSI, to which G20 and Paris Club countries subscribe, was adopted in November 2020, essentially to bring China and private creditors into the old Paris Club debt-management process. It will also offer some respite, no doubt, but there is still a lot more to bedone. Only a few countries (three) have sought help under the framework, and there are delays caused by the difficulties in coordination, as mentioned above. Equally important is the fear that participating creditors have, which is not unfounded, that others may free ride or that there will be no comparability of treatment.

Certainly, there is a case to be made for international cooperation via a comprehensive framework for managing debt that would accommodate the more expensive debts owed to commercial creditors as well as debts to otherbig lenders, including IFIs (international financial institutions). This framework should seek to achieve the collaboration of this cocktail of lenders in a manner that is not unfair. This presumes that the development of such a global response to debt would be designed with inputs from these stakeholders and may limit the temptation by some creditors to free ride on solutions put forth by others.

Another policy tool that has been introduced to help developing economies cope with an increasingly difficult situation is the IMF’s Resilience and Sustainability Trust (RST). This instrument, which the IMF’s Executive Board approved in April 2022, aims to support more structural challenges, such as coping with climate change and pandemic preparedness. About $45 billion will be provided under this trust, which will basically draw funds from the used SDRs of countries without external financing constraints. Although access to the RST will help ease balance-of-payments constraints, it is by no means designed or intended to help manage the worsening debt profiles of EMDEs.

We call for two actions in this article. The first is to urge the international community to use some of the measures adopted during COVID-19 to help manage the situation. While it is true that it is unusual to have two major shocks back-to-back, there is no reason not to treat the Russia-Ukraine war as a global shock, or at least anexogenous shock to developing countries. As a result of this war, the IMF has reduced its projections of growth in EMDEs by a full percentage point, and a worsening of the situation may result in another global slowdown. This being the case, there is no reason why urgent steps should not be taken to offer debt relief to EMDEs, provide them with more rapid loans under less stringent conditions and issue another large allocation of SDRs.

The other call we make is for a re-thinking of the international financial architecture in a manner that helps to prevent or manage the emerging global debt crisis. This is as good a time as any.

ABOUT THE AUTHORS
Dr. Adeyemi Dipeolu is the Special Adviser to the President of Nigeria on Economic Matters and Chair of the national Fiscal Policy Reforms Committee. His current interests include domestic-resource mobilisation and trade and industrial policy in developing economies.

Will London Have to Send More Banking Jobs to the EU?