Top Posts
Are Your Bank’s Digital Marketing Metrics Meaningful?
Identifying Beneficial Ownership: A Regulatory Conundrum
Forging a Digital Framework to Harmonize the Global OTC Derivatives...
The Paradox of AI and Investing
Malaysia’s Fight Against Climate Change: Perspectives from a Central Banker
Crypto-assets and the Relevance of International Private Law
Home Life Arts & Travel The World of Tomorrow as Dramatized by the New Volvo S90 and Mercedes-Benz E-Class
Life Arts & Travel 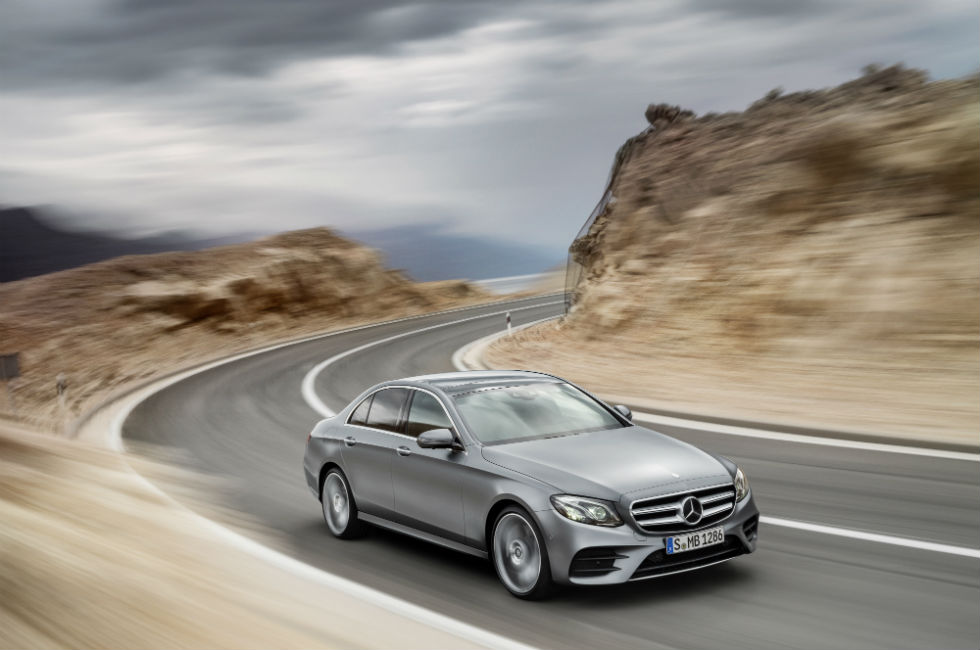 The Detroit Motor Show hosted the unveiling of two highly anticipated executive sedans. The Volvo S90 and the Mercedes-Benz E-Class both made world debuts at the show, with one of them marking an all new direction for the company’s sedans and the other building upon the highly sophisticated sedans from the C segment and luxury class. These two were definitely the most important cars revealed in Detroit, and while their dimensions suggest great similarities, the companies took somewhat different paths in constructing them. 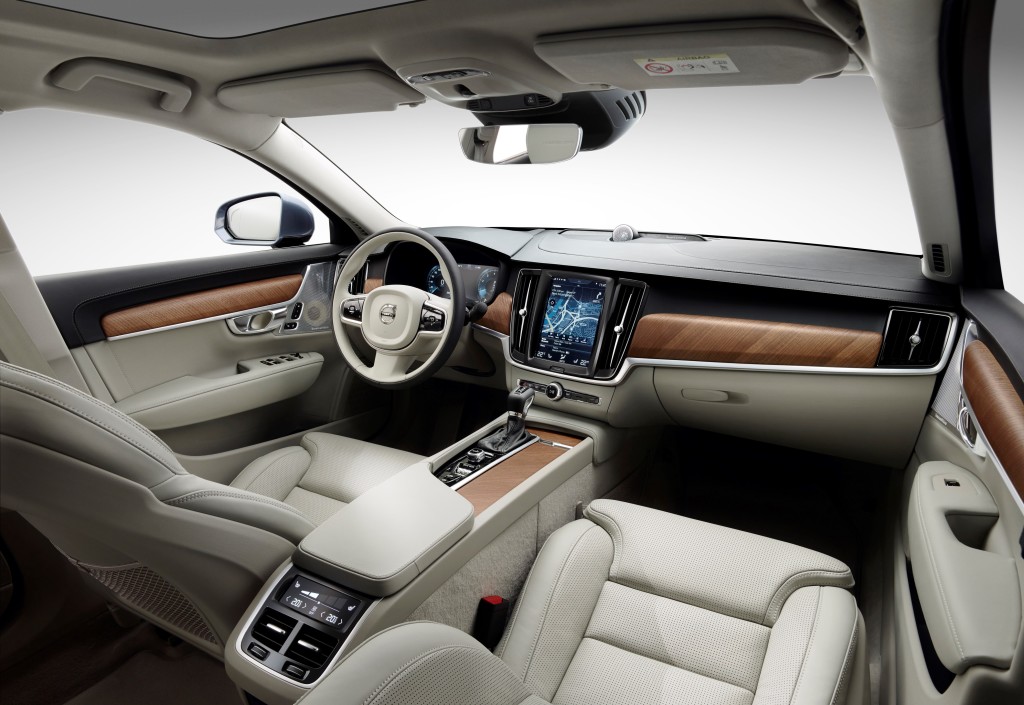 We’ll start with the Swedish Volvo S90, which had the task of succeeding the biggest Volvo sedan from before—the S80. Creating a successor able to take on the heavyweights of the class—such as the BMW 5-Series, the already mentioned E-Class and the Audi A6, Volvo had to reinvent itself. After 11 billion USD was invested over the past five years, which brought us the Scalable Product Architecture and the mighty XC90, the newest sedan logically followed the same path. Differentiating itself from all other car makers, Volvo’s Scalable Product Architecture makes use of advanced materials and intricate engineering to improve safety and deliver the best possible basis for luxury cars. Also, the biggest engines available for the platform are four-cylinder units (both petrol and diesel) as well as hybrid propulsion units. What we are saying here is that the S90 is built to be safe, luxurious, advanced, green, safe, and did we say safe!? Its architecture is perfectly aligned with the needs of today as already seen on the magnificent Volvo SUV XC90. 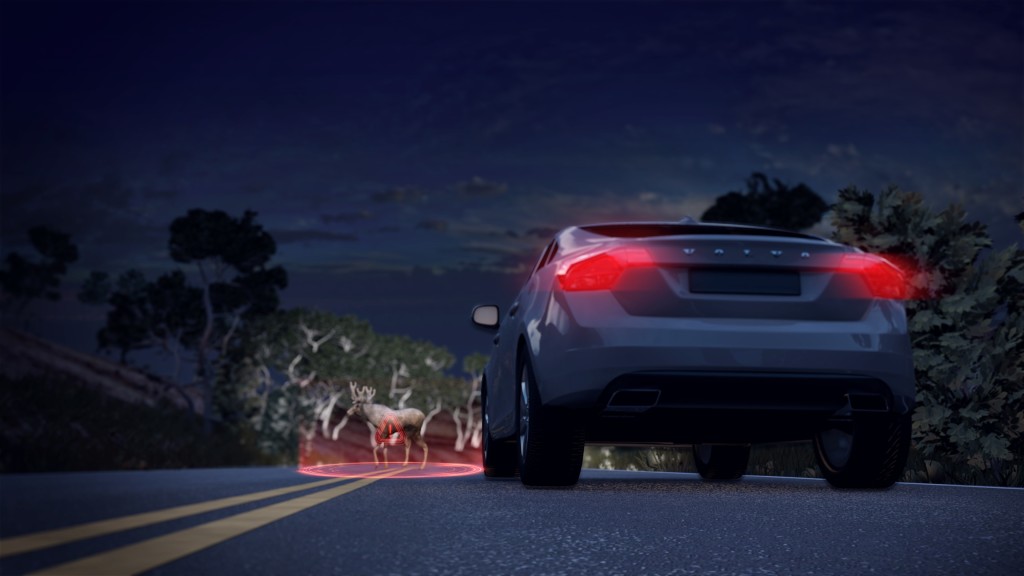 Not only did the S90 take over the advanced tech and much of the interior layout from the SUV, but it also shares some basic design features, such as Thor’s Hammer front lights. The back makes use of styling features from the Volvo Concept Coupe. Actually, we would like to see such a stylish Volvo on the road, but it probably won’t happen anytime soon. What happened is that Swedish engineers made the S90 probably the safest car in the world, with the new Mercedes-Benz E-Class reaching the same heights.

Its structure is the stiffest in the business, but that is not the most important part of the story. The most amazing feature comes in the form of the tech, which practically shields the Volvo S90 from anything. The advanced Volvo City Safety system is created to detect almost anything on the roads, including a moose, of course. After seeing an obstacle, the S90 can alert the driver or, as a final step, brake, thus saving the poor animal (or human)—and the driver from prosecution. Apart from this system, the Pilot Assist has so many eyes, sensors and radars, the S90 can actually drive autonomously on the highway up to speeds of 80 mph. Integrated in the massive system are all the radars and cameras you can conceive. Believe it or not, the Volvo S90 is more aware of its surroundings than you are in any given moment. Giving the car “eyes” and the means to act upon their input is the only right way for Volvo to achieve their goal of “no deaths in Volvo cars by 2020”. The S90 is certainly the right step in that direction. Luxury is not out of the equation here—perfectly sculpted shapes on the inside finished off with fabulously soft leather, meticulously crafted wood or aluminum perfectly clustered around the massive touchscreens, to which you can hook any smartphone.

As expected, the hybrid version with the two-liter petrol engine and massively powerful electric motor grants the power of 408 hp. Lesser versions are available, all of them with eight-speed automatic or optional all-wheel drive (for the entry level T5). This is a Swede perfectly crafted to take on the Germans. 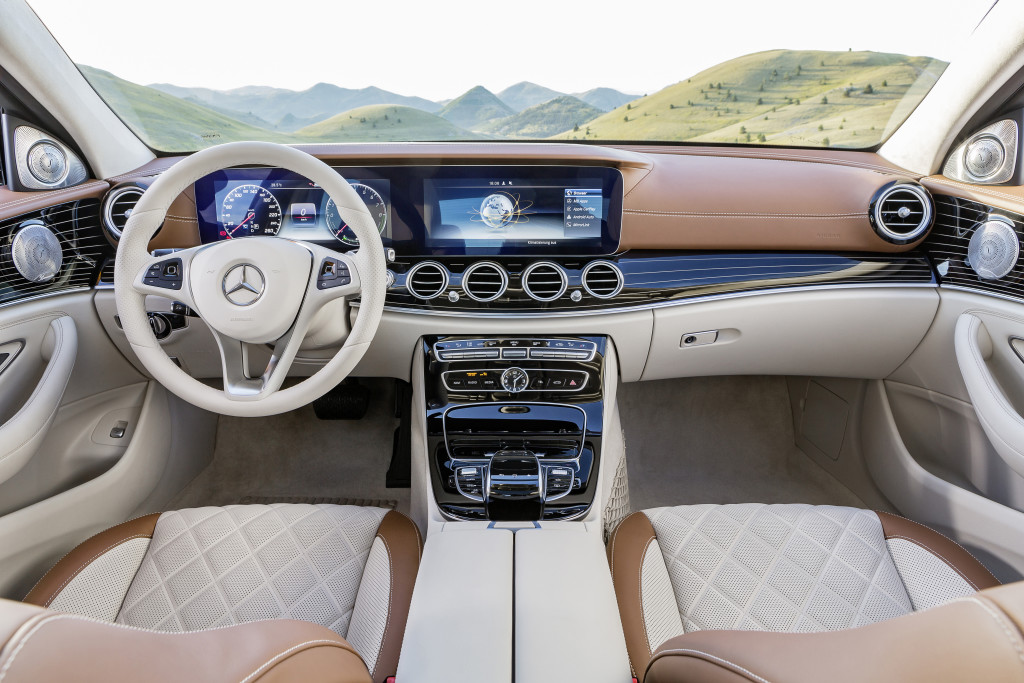 And the first German that the S90 has to take on is the new E-Class. Revealed only a month after the S90, the new E-Class went one step further than any E-Class before it. It is better in any measurable way than any E from before, and just like the S90, it gives us a glimpse into the future. Attention to detail goes so deeply with this one that we can easily forget it was actually built on the C-Class architecture (modular platform). As the C-Class is a magnificent car, its larger version (E) with insane tech from the luxury behemoth (S) is probably the most impressive and most advanced car of today. In some respects, the new E-Class is even more advanced than the S-Class, with only the BMW 7 Series granting us more amazing tech.

As for safety, Mercedes-Benz did go a step further. One of the most amazing features is the system that moves side bolsters and moves the driver or the passenger towards the center of the vehicle in case of a side impact. This is like having a luxurious crash. If there was not such a thing, Mercedes invented it with the E-Class. What is more, a few milliseconds before impact, the E-Class stereo system releases a sound that somehow disables sound receptors in human ears so the passengers actually do not hear the crash and explosions of the airbags. This attention to detail proves how incredible is the world we live in today. 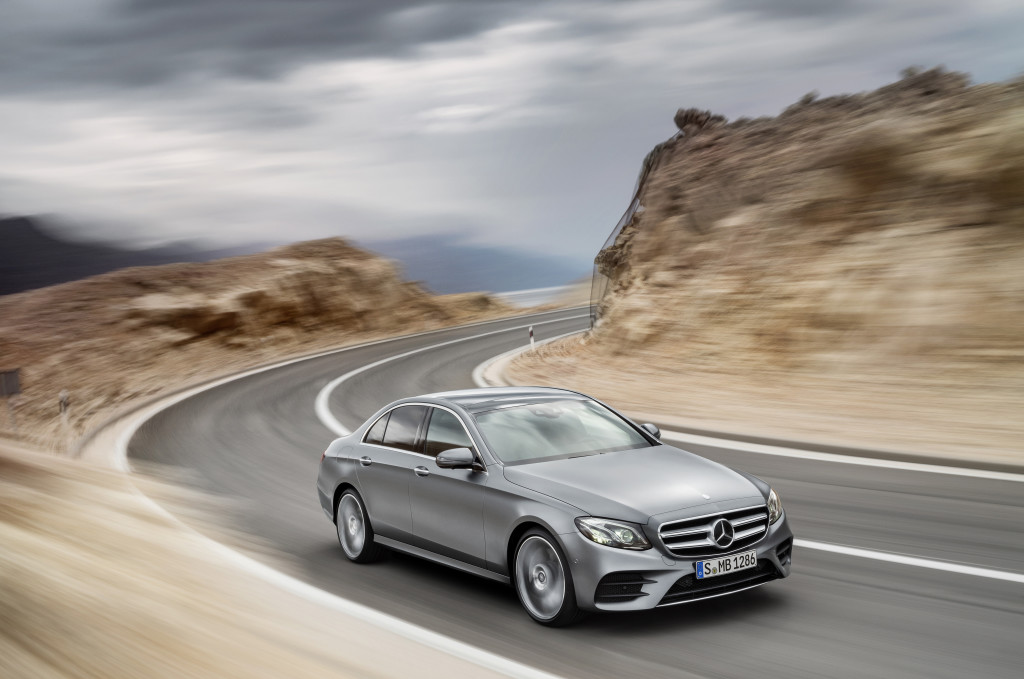 As for the active stuff, Mercedes integrated so much smart stuff in the E-Class that we cannot even mention it all here. Yet the most amazing features include Distance Pilot DISTRONIC, Steering Pilot, Speed Limit Pilot, COMAND Online, Drive Pilot and Active Lane Change Assist. All of this working together provides the E-Class with enough information about its surroundings that the car can drive itself. The end result is similar to that of the Volvo S90, but here Mercedes granted the E-Class with the capability to hit 130 mph while autonomously driving and changing lanes in the process all by itself.

The system works on the highway and uses dual front-facing cameras and radar-based adaptive cruise control as well as many other sensors, the names of which we do not know.

The interior is as it should be—S-Class-copied mayhem of leather, beautiful shapes and large screens. Forget about buttons, because everything is part of the massive infotainment system that also allows the driver to change the driving mode in order to use up the most of the powerful fuel-efficient engines the E-Class disposes. To start, only the four-cylinder, two-liter petrol unit is available in the US, but Mercedes will soon offer everything you can think of: V6 turbocharged units, hybrids, diesels and even high-end V8s.

Which of these two cars is better cannot be measured. We will not even try, but say only that many high-end cars of tomorrow will look and feel much like these. Funny thing, 10 years ago we wanted better brakes, more powerful engines and better cornering capabilities. Now we talk more than ever about safety, autonomy and online connectivity. The world is in a great transition of which we are not even fully aware.

The Lure of the Wild: Africa’s World-Class Luxury Safaris