Top Posts
How Gamification is Catapulting Digital Banking to the Next Level
Challenges Remain, But There Are Opportunities to Be Had in...
Interview with Mr. Olukayode Pitan, Chief Executive Officer and Managing...
Commodities Outlook for 2023
The Value of Cash in a Time of Crisis: How...
The US-Africa Leaders Summit: Fostering a Closer Relationship with the...
Home Slider Interoperability Is Fundamental to Blockchain’s Future
Technology 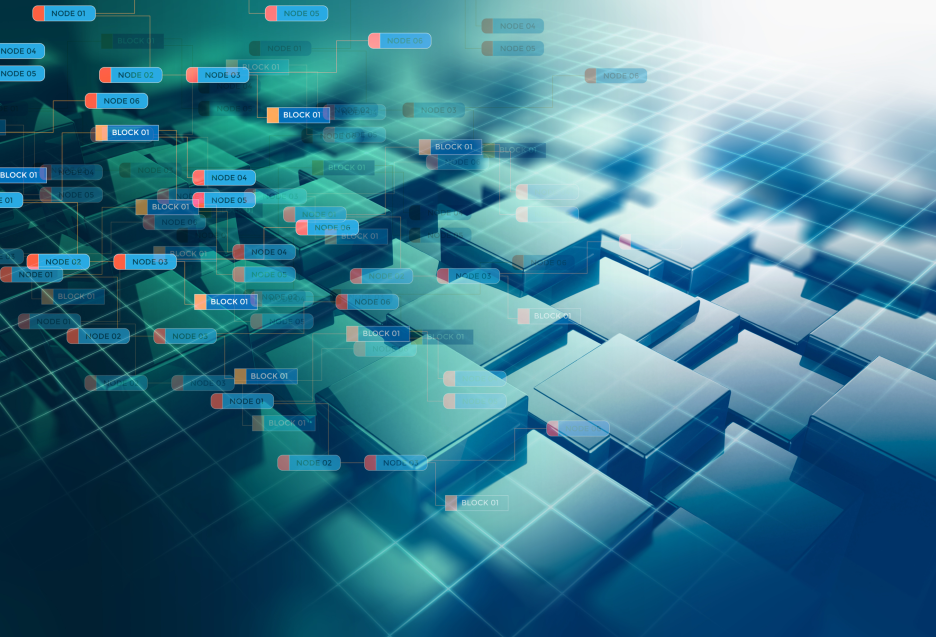 We have seen, especially over the last five years, several different blockchain platforms emerge, buoyed by the demand for and adoption of the technology, advancements being made in blockchain innovation and positive price action that the space has garnered on the back of such successful blockchain projects as the Bitcoin and Ethereum platforms. But what happens when important data or digital assets need to be transferred from one blockchain ecosystem to another? How can value that exists, say, within the Ethereum ecosystem be transferred to the Cardano blockchain platform?

With each platform having its own set of particular features and advantages designed to benefit its own ecosystem and intended use cases, such questions pose a distinct challenge to address at this stage of the technology’s development. It also means that in terms of the operationalisation of blockchain technology as a whole within this increasingly digital, data-driven global economy, the ability for individual blockchains to be able to connect with each other is becoming of critical importance. And, in turn, that’s why blockchain interoperability is sorely needed.

Any individual blockchain project has to make decisions about its architecture, such that it favours certain needs and use cases over others. As such, different blockchain platforms have emerged to satisfy different requirements, whether that be fee amounts, transaction times, throughput, security or the degree of decentralisation. And that means each project has its perks as well its drawbacks. The limitations of the Ethereum blockchain, for instance, are now well known throughout the blockchain sphere, with gas fees pushing transaction fees into triple digits on several occasions and scalability issues significantly delaying transaction-validation times chief among the current roadblocks.

“So far, the notion of chain interoperability has seen much theory and little practice,” Ethereum co-founder Vitalik Buterin stated back in 2016, “primarily because a live example of successful chain interoperability requires not one, but two, already existing, stable and sufficiently powerful blockchains to build off, but this is slowly starting to change.” Thankfully, since then, as a number of new blockchains have emerged, considerable work has been done that directly addresses the rapidly growing need for interoperability.

As far as blockchain technology is concerned, interoperability helps solve the problem of assets and data interacting across multiple chains. Although exchanging data and value digitally between two parties has become a straightforward process when using the same blockchain platform, such as Bitcoin, Litecoin or Ethereum, the same cannot be said when different parties use different blockchain platforms. Indeed, given that the businesses around the world utilising blockchain technology are operating within an increasingly diverse array of blockchain networks, the process of digital transfer is made considerably more problematic. Interoperability, however, is anticipated to do much to alleviate such problems, making it much simpler for parties to transact across various blockchains.

Indeed, one could argue that the need for interoperable blockchains has become of paramount importance across many use cases, as stakeholders, including companies and governments, seek to deliver digital services as smoothly as possible. If not attainable, they risk being left with inefficient, costly and fragmented service delivery. As the World Bank Group’s Technology and Innovation Lab in partnership with the International Monetary Fund’s (IMF’s) Digital Advisory Unit stated in its March 2021 paper “Blockchain Interoperability”, organisations remain hesitant about blockchain technology’s value for their operations and businesses, with the lack of interoperability underpinning many of their concerns. “It is clear that the transfer of information from one blockchain to another is a big challenge; it is also clear that organizations are cautious about relying on one vendor, and later finding that they are unable to transfer data if they decide to switch vendors.”

Taking the coronavirus as just one case, the need to securely exchange vital data about the pandemic across blockchain ecosystems is vital for governments and various health institutions. In turn, this requires an interoperable digital architecture that allows such data to be seamlessly transmitted and received. The financial-services sector provides another pertinent example of the need for interoperability, as financial ecosystems being on different blockchains prevents financial entities and their customers from communicating, interacting and transacting with each other. Should such blockchains be interoperable, however, the transmission of data and value from one financial ecosystem to the other would be secure, convenient, timely and cost-effective.

In practical terms, interoperability allows the likes of ecosystem users, developers and even applications to operate on top of multiple blockchain platforms, allowing for a diverse range of functionalities to be unleashed within a much vaster multichain universe, as well as generating economies of scale and stimulating further innovation. And with payments being facilitated across blockchains, the storage of multiple digital assets and transfer of tokens from the convenience of just one wallet could also soon become a reality. As such, interoperability is expected to greatly enhance the overall user experience. “We’re going to continue to see blockchains get built with very specialized ideas in mind,” Joe Lallouz, chief executive officer of blockchain-infrastructure platform-as-a-service (PaaS) company Bison Trails, recently explained to cryptocurrency media outlet CoinDesk. “Mass adoption will be more likely in the future of interconnected blockchains.”

But achieving interoperability remains an ongoing challenge, with differences in security between various models chief among the issues that must be addressed to ensure data or value exchange is not compromised. “For information exchange, the critical security issue is the integrity and trustworthiness of the information from another chain or system. The 2019 Oracle attack on the crypto-asset platform Synthetic resulted in the loss of 37 million digital tokens within several hours, exemplifies this issue,” the World Bank paper explained. “For value exchange, the key issues include: (i) the integrity of the information; (ii) the asset ownership and its intended action; and (iii) the value exchange’s execution being fair and atomic. The fairness ensures that both parties would get their part of the exchange, and no party should have an advantage in backing out of the transaction based on external events.”

So, which projects offer the best hope for an interoperable, multichain future? Among the most hotly anticipated is Polkadot, which has emerged as one of the biggest projects within the blockchain space. Founded by Gavin Wood, a co-founder of Ethereum alongside Vitalik Buterin, Polkadot strives to solve key limitations currently plaguing his former project. For one, it adopts a main chain for the system, which it calls a “relay chain” that connects and supports various ancillary, application-specific blockchains, or “parachains”, allowing for inter-chain communication and cross-chain transactions. The parachains generate blocks for transaction validators on the relay chain before the blocks are added to the final chain, thus providing sufficient security. And different parachains can run parallel transactions without any interference, which helps Polkadot to be scalable. Although still undisclosed, the parachains for the ecosystem will be determined imminently.

The Avalanche project, meanwhile, aims to bridge all blockchains under one interoperable system. According to John Wu, president of Ava Labs, the company behind the Avalanche blockchain, it doesn’t see itself as a competitor chain to Ethereum but rather a compatible one with users able to transfer assets between the two platforms and perform beta tests on the lower cost Avalanche before scaling up through Ethereum. “A lot of these next-generation smart contract platforms should start viewing these things in that matter,” Wu recently told online digital-asset news publication Blockworks. “We should be working at creating interoperability, creating efficiencies, and allowing us to take some of the developers from these other places and growing that market.”

Other blockchain projects focusing on achieving interoperability that also deserve a mention include Cosmos, which claims proven success in this area with chains operating in its ecosystem encompassing Terra and Binance Smart Chain (BSC); Polygon, which aims to connect all Ethereum-compatible chains; and Solana, which uses its interoperability protocol Wormhole to facilitate interactions between the Solana, Terra, Ethereum and Binance Smart Chain ecosystems.